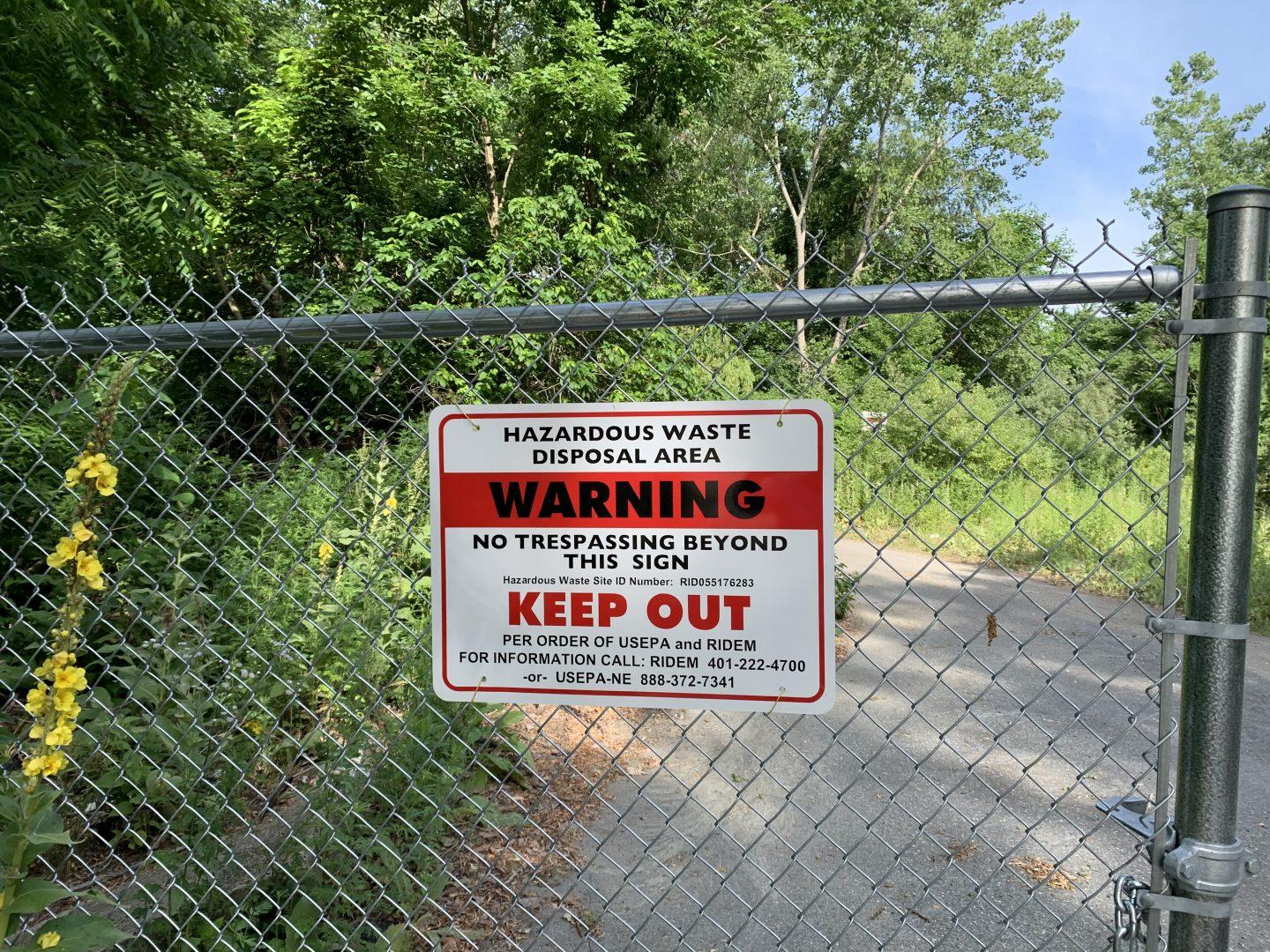 Late in 2010, we were awarded an EPA Technical Assistance Grant (“TAG”) to enable our oversight of cleanup activities at the Peterson/Puritan Superfund site. The site is an area encompassing approximately two miles of mixed industrial and residential property in Lincoln and Cumberland. The funds from the grant provided for the hiring of an independent technical advisor to help us understand and evaluate the information from the EPA during the cleanup process. Under the agreement, we are expected to disseminate information to the general public through such venues as meetings, newsletters and especially this website. View the map of the Peterson/Puritan Superfund Site.

We Provide Annual Updates or

As Information Becomes Available: see below

After many years of study and analysis of the Peterson Puritan site, the remediation process is now in its design phase. In BRWC/FOB’s review of the 30% draft design, favorable comments were submitted on such planned features as tree retention, use of bio-engineering techniques along the streambanks and the creation of an access road to the Pratt Dam for first responders. Some remaining concerns for BRWC/FOB were slope stability, especially during construction, and the proposed relocation of waste materials. Concerns were also raised about protection for the toe of the landfill since it is on the outside river corner which is subject to potential undercutting during high river flows. Mitigation of 500-year flood events is included in the design draft for the area between normal river flow and the 500-year flood level but not against the water table rising and undermining the base of the caps that will cover different parts of the site and the armored portion of the caps. BRWC/FOB also expressed continued concern over leachate, since the 30% draft provided no criteria that would trigger leachate control measures or how such measures would be implemented.

This update outlines vegetation and cap design considerations that support future use goals for passive recreation, stream bank stabilization, wildlife habitat and aesthetics. This Cap Design document shows examples of how this landfill cap vegetation strategy has been used in other locations (i.e., Millennium Park, Newton MA, Davisville NCBC, N. Kingston RI, etc.). Also included in this update is a Reuse Assessment of the 3 areas of concern: JM Mills Landfill, Nunes Parcel and Unnamed Island. Read about New Pond Park that would be phased in over a number of years.

A report on the Peterson/Puritan pre-design field work was completed and is under review by BRWC/FOB and our technical advisers. Among other things, the field work included tests for gasses, an inspection to determine whether any of the trash had spilled beyond the footprint, and whether there was any additional leachate to be found. Like BRWC/FOB, the EPA and RIDEM are concerns about flooding but need to do more work on that issue. the issue of future ownership of the site is still unresolved.

Before the design phase begins, another report must yet be finalized concerning the exact nature of the cap (layers, etc.), taking into account what was learned during the pre-design field work. The hope is to have that done by the end of summer. When that is finished, a work plan for the design phase will be drawn up. The design phase will itself take up to a possible two years.  If you would like a copy of the field work report, please contact BRWCFOB@gmail.com. [Read Valley Breeze article here]

On May 3, 2017, a Consent Decree was signed by a federal judge in Washington and by authorities in the Rhode Island, giving EPA Region 1 and the State permission to begin performing additional tests and planning in accordance with the provisions of the Consent Decree. The remediation settlement was for over $40,000,000. Since that time, the project has been in its pre-design phase.
BRWC 2017
BRWC 2016

The EPA has released a proposed cleanup plan for the site. There will be a public hearing held on August 21st at 6:30 p.m. at the Cumberland Public Library where questions and clarifications can be addressed. To view the plan, click here or visit the EPA website and search for Peterson/Puritan Site Cleanup Proposal from the EPA.

EPA’s technical reports were released electronically. The human health and ecological risk assessment reports (dated July 2011) are available on the EPA website. Note: the ecological and health risk assessments for the J.M. Mills Landfill (OU-2) segment of the superfund site documents will be reviewed by BRWC/FOB and its advisors, the PRP group and RIDEM. One or more meetings will be scheduled to give the general public the opportunity to learn more and to weigh in on the decision-making process, as well as on the future of the site.

History of the Peterson/Puritan Superfund Site

The history of this site, divided administratively into 3 areas known as Operable Units, and of EPA’s engagement with it can be found on the EPA website www.epa.gov.

During this meeting, David Newton reviewed the status of the CCL/PAC remediation area, also known as OU-1, and answered questions about groundwater remediation in that segment of the site. In addition, he reviewed the process to be followed at the J.M. Mills Landfill area (OU-2). Once the relevant reports are complete and distributed to BRWC/FOB’s TAG Committee, its technical advisors, the PRPs and RIDEM for review and comment, we will engage the public in the process, first through BRWC/FOB’s outreach efforts and then through EPA’s own public meeting and comment period.  Reports will be available in soft copy via the web.