In April 2019, RIDEM held a discussion about the future of Fish Ladders on the Blackstone.  The concept has been discussed for the past 30 years. It came closest to fruition in 2012 with a plan to create fish ladders on Main Street Dam and Slater Mill Dam in Pawtucket. When the plans were drafted and the costs were realized, the momentum was lost. In this recent round of discussions, new methods of fish passage are being entertained in an effort to save on overall cost. Three plans were unveiled:

would be to construct two separate Denil style fish ladders on Main Street and Slater Mill dams. This plan would mimic the plan from 2012, with a slight adjustment to the Main Street Dam. It would make the fish ladder straight rather than cut back towards the dam. Keeping it straight would put the start of the ladder in a pool favored by Shad, Herring, and even Salmon.

would be to construct one continuous Denil-style ladder from the base of Main Street Dam. The dam would climb all the way above Slater Mill Dam. However, there are concerns that the climb would be too much for the weaker fish species. For both of these options, this would only get fish above Slater Mill. In order to reach the restored Lonsdale Marsh, ladders are needed at both Elizabeth Webbing and Valley Falls dams.

would combat costs by creating a catch basin at the base of Main Street Bridge with an elevator to a storage tank. Specialized trucks would transport fish to any point along the Blackstone River watershed. The concern is operating the system and maintaining funding for trucks and drivers.

The engineers left the meeting with recommendations and concerns to adjust their plans. In the meantime, funding will continue to be pursued.

Bringing Migrating Fish Back to Our Valley

At one time, migrating fish drew crowds of people, flocks of birds, and many other wildlife species to the banks of the Blackstone. This ancient process stopped because the river’s flow was interrupted by dams built during the industrial revolution.

Today we no longer rely upon these dams to power our economy. Many remain in place however, continuing to not only block fish from their native spawning grounds, but keep wildlife and people from enjoying the resources and excitement of annual fish runs.

Our goal is to construct fish ladders or remove dams so that the river can once unimpeded.

History of the Fish Passage

Most people in the Blackstone River Valley are familiar with its industrial history, however they may not be as familiar with the impacts of this industry. At one time, the Blackstone was a wide, wild river—habitat for many species of fish and other wildlife. The Blackstone was breeding territory for shad, herring, and even Atlantic salmon. These fish are known as ‘anadromous’ species. They hatch in freshwater, migrate to the ocean, and return to their native river to spawn.

Deterioration of the River

The construction of Slater Mill Dam in 1793 initiated the decline of anadromous fish in our area. Dams and mills along the river blocked migration and contributed to heavy pollution of critical habitat.

Bringing the River Back

In the past 30 years, the Blackstone has seen dramatic improvements. As a result of community efforts and environmental legislation (especially the Clean Water Act of 1972), freshwater fish and wildlife are abundant, and people are once more enjoying nature along the Blackstone.

With improved water quality and the success of the Lonsdale Drive-in Wetland Restoration Project, breeding habitat is available, and the return of anadromous species is possible. The Blackstone is ready and beckoning. It is time that wild, native fish return. With the help and support of our government, community organizations, and citizens, we can make our fish ladder project a reality. 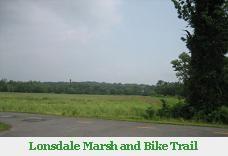 Complete the goal of bringing shad, herring, and even salmon back to their native spawning grounds in Massachusetts by installing passage systems on the 4 dams between Valley Falls and the Massachusetts border.  Restoration of anadromous fish to the Blackstone River would provide substantial ecological benefits for the river watershed and the Narragansett Bay ecosystem, as well as economic benefits for the communities of the Blackstone Valley and beyond. Specifically, the re-established fish runs would provide:

What Can YOU Do?

Join the effort by becoming a member of BRWC/FOB. (See Membership page). For more information see the attached brochure on the project.